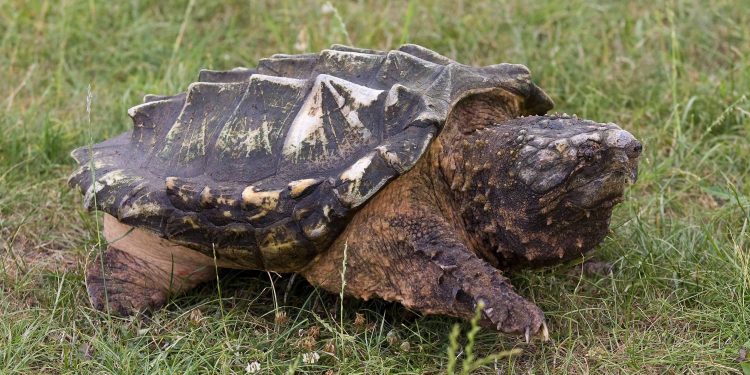 The snapping turtle is a turtle that has been swimming in the waters of America for many years. It is related to the alligator tortoise and is very similar to it. The snapping turtle is recognizable by its large size, rough appearance, and pointed teeth. This ensures that the animal has a lot of bite force. The turtle is therefore dangerous. When he doesn’t feel safe, he won’t hesitate to attack and bite. With one bite, the turtle can easily bite off a toe or finger.

Reading suggestions; Rescuing A Formally Feral Cat: What You Need to Consider

Snapping turtle, also called Chelydra serpentina, is a freshwater turtle. It is related to the alligator tortoise and can live up to thirty years in the wild. The tortoise is mainly found in America. The snapping turtle lives in shallow water with little to moderate currents. That makes streams, rivers, and ponds a suitable place to stay. The turtle walks on the bottom of a river or pond. Every now and then he comes up to the surface to breathe. 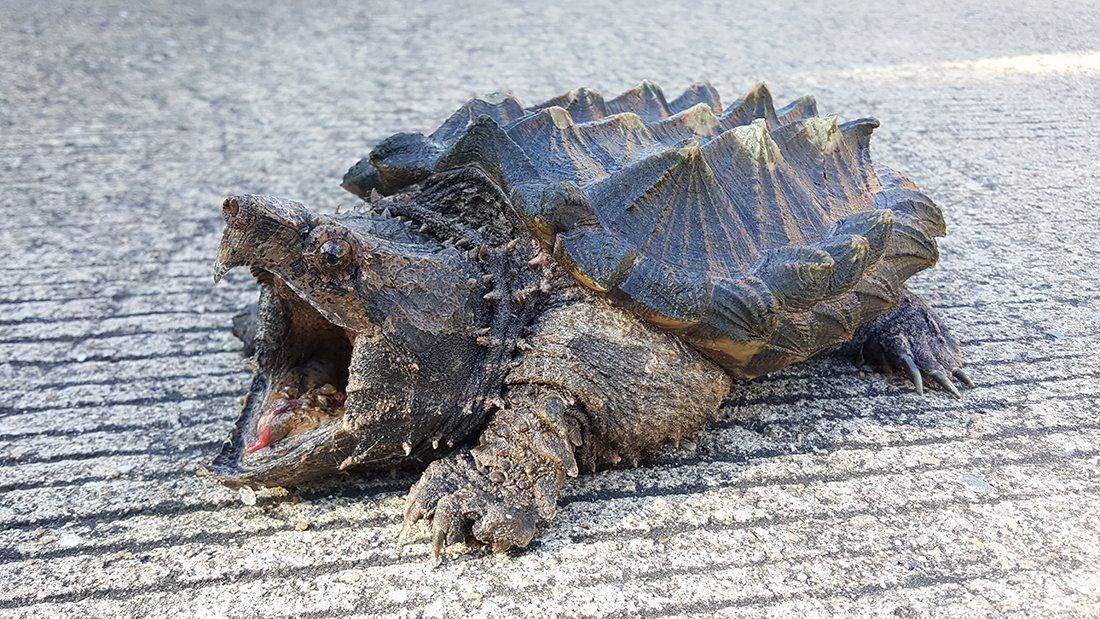 The appearance of the snapping turtle

The snapping turtle is a large turtle. It can grow up to one meter long from nose to tail. In addition, they can weigh up to thirty kilos. Furthermore, the snapping turtle has a rough appearance. Its head has a triangular shape. Its mouth is pointed with a sharp point at the top and bottom. At this point, the turtle tears its prey to pieces.

Snapping turtle’s shell is thirty to fifty centimeters long and has a brown color. The shield is also very smooth. The abdomen and thus the underside of the shield is very thin. When you look at the abdomen, you see two black lines. These two lines form a cross on the shield. Furthermore, the animal has short legs. However, due to its flat and thin shell, the turtle does not have the ability to fully retract its legs

When you look at the tail, you can see that the turtle has a long tail with triangular scales on the top. The tail is very important for determining sex. The male has a long and thick tail. The female has a shorter tail.

The snapping turtle has its name for a reason. The tortoise has an enormous bite force. In addition, they can stretch their necks very far, so you don’t have to get very close to getting bitten. This also makes the animal so dangerous. 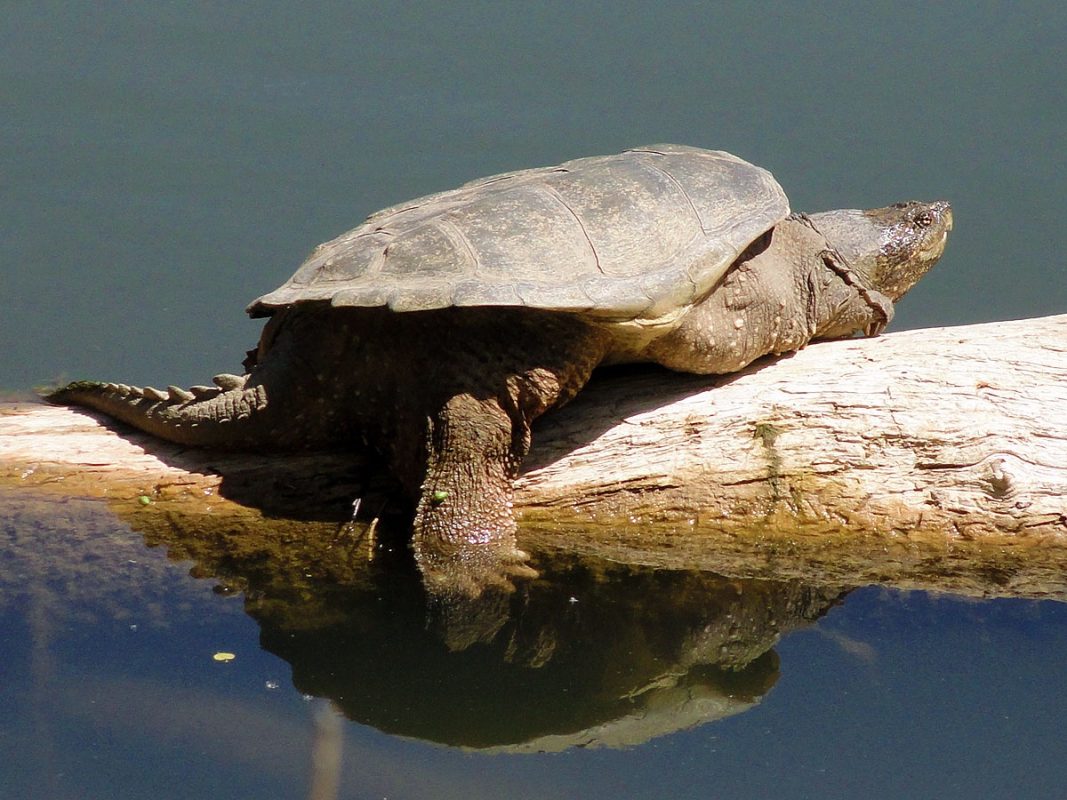 The snapping turtle is an aggressive animal. It prepares to bite by holding its mouth wide open. He attacks quickly when something appears in his field of view and can easily bite off a finger or toe. Because of the animal’s aggression, it does not shy away from attacking other species.

What does the snapping turtle eat?

The snapping turtle eats small animals that it can catch in and around the water. He mainly eats:

snapping turtle as a pet

In 2020 the snapping turtle is not a protected species. It is found free in the wildlife of America. You can also keep
the snapping turtle as a pet in the Netherlands and Belgium if you adhere to the conditions set by the Netherlands and Belgium. For example, the animal must have sufficient space. The turtle is kept in a pond with a powerful filter. The pond must be well enclosed with a wall or fence. It must be impossible for the animal to escape. 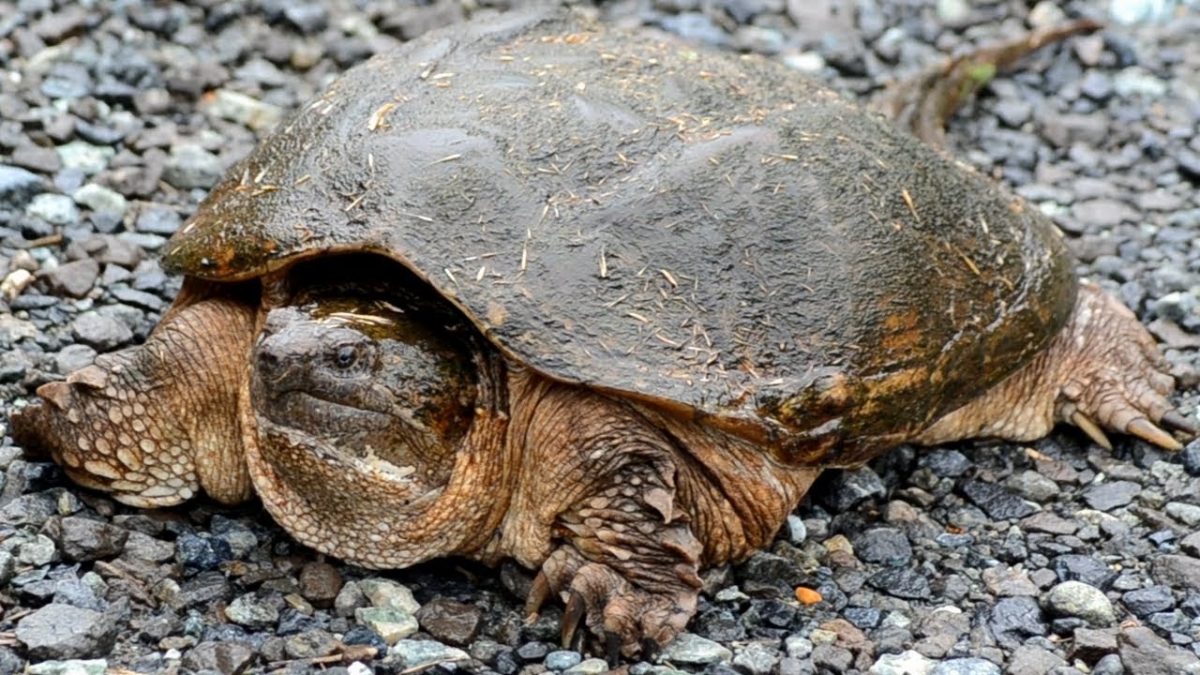 It is also important that the animal is not able to bite a passer-by when they come near the pond. As a result, it is also not recommended to keep a snapping turtle near children. The snapping turtle should always be handled with care. It is and remains an aggressive and wild animal.

How Do Dogs Communicate? 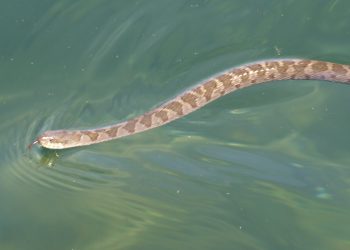 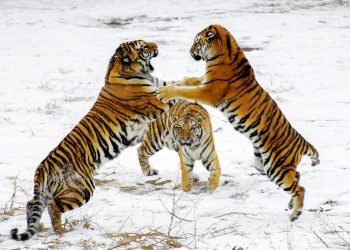 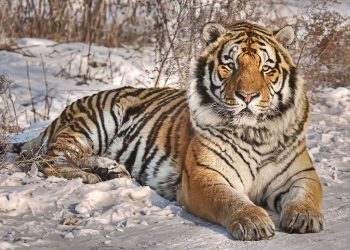