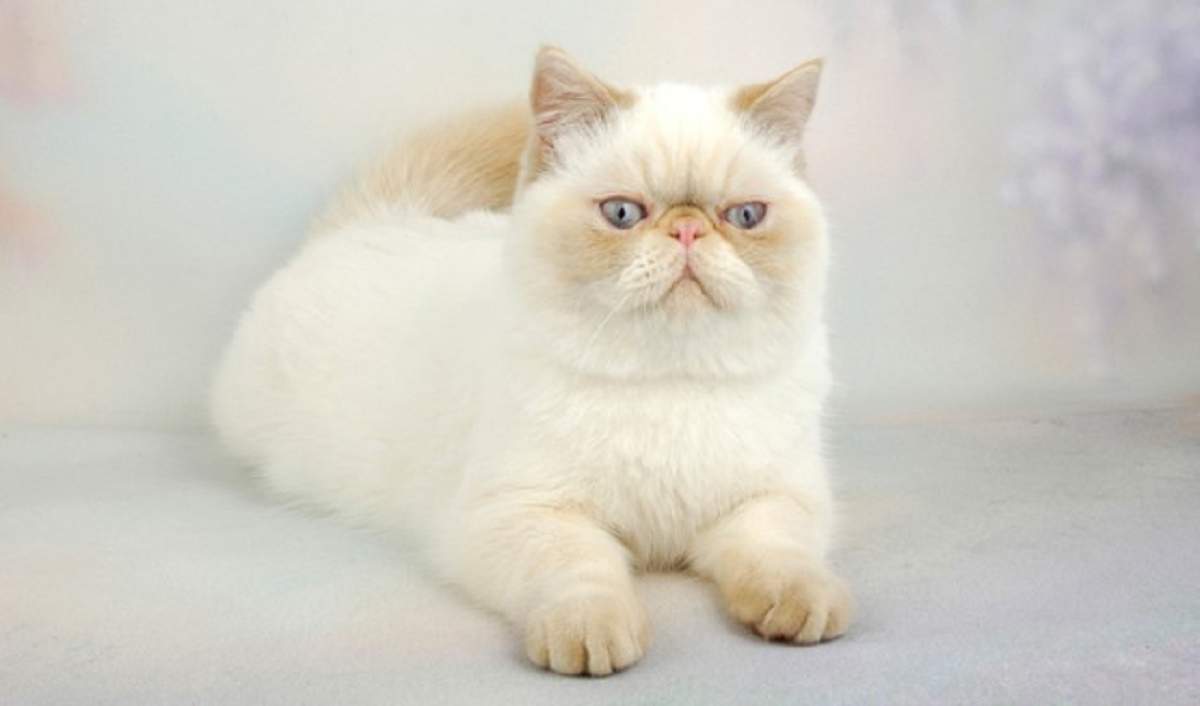 The exotic shorthair, or quite simply, exotic, is a cat that delights with its plush look. It is not without reason that it strongly reminds of Persian. Indeed, it was born from the crossing of the American Shorthair and the Persian, from which it inherits certain characteristics.

This cat breed was born in the United States in the 1950s. The exotic shorthair, with its round shapes, its squashed face, and its pleasant character is a remarkable companion, which will fit perfectly into the daily life of families like people living alone, whether in a house or an apartment. The exotic shorthair is indeed a very sociable cat that has excellent adaptation capacities. Let’s go meet him.

Getting a cat: Which character traits suits you best?

Origins of the exotic shorthair

In the 1950s, in the United States, his country of origin, the American Shorthair (then called the Domestic Shorthair) was in fierce competition with the British Shorthair, with similar physical characteristics.

The breeders then decide to cross an American Shorthair with a Persian in order to obtain a breed of cat with more rounded shapes. The kittens from this first litter were then gradually added to the lines of the American Shorthair. Subsequently, other crosses were necessary to obtain a stable breed. This is the case for example of crosses with Burmese or Russian blue.

The first exotic shorthair was introduced in 1960, and the breed was officially recognized in 1967. This breed is especially popular in the United States. Regarding crosses, only those with Persians are allowed by most federations.

Physical characteristics of the exotic shorthair

The exotic shorthair is distinguished by its very round appearance. Not only are his body and head curvy, but his thick undercoat further reinforces this impression.

The exotic shorthair has a very pleasant character, very close to Persian cat. It is so:

Unlike the Persian, the exotic shorthair can be a little more active and playful. Other than that, his character traits are all those of a, particularly pleasant cat. He does not know aggression and forges a very special bond with his owner, sometimes even being able to behave like a cat-dog.

Discreet, he meows very little and he is the embodiment of calm and tranquility, without however making him an unsociable cat. Indeed, he appreciates the company of children, his congeners and other animals. He is therefore a cat with a very easy-going temperament, who will adapt to all types of environments, as long as he is given a few moments of calm when he needs it.

Needs of the exotic shorthair

Unlike its distant cousin the Persian, the Exotic Shorthair doesn’t need a lot of care. Indeed, it does not require intensive grooming, especially because of its hairs, which are much shorter than those of the Persian.

However, care must be taken to brush regularly, especially since it has a thick undercoat. Although the exotic shorthair adapts very well to apartment life, it is important to ensure that he is exercised as he tends to be overweight.

Finally, all the basic vaccines are recommended: typhus, rabies, leucosis and coryza.

What diseases is the exotic shorthair predisposed to?

The exotic shorthair, through its kinship with Persian, has inherited many of its characteristics. Unfortunately, this is also the case for disease predisposition.

The exotic can thus be confronted with:

This list of possible diseases in exotic shorthairs is of course not exhaustive. If you observe a physical change or in your cat’s habits, you must of course take him to the veterinarian, who can then carry out the necessary examinations and find a suitable treatment, if necessary.

What does an exotic shorthair eat?

The diet of the exotic shorthair must be chosen according to the age, sex, or period of life in which it is found.

However, that the exotic shorthair is greedy and prone to overweight. It is therefore advisable to ration your food. It is rather recommended to opt for croquettes, because these, by causing chewing, help the exotic shorthair to prevent the formation of tartar and thus, dental diseases.

When choosing kibble, it is very important to choose very high quality kibble, because these are more interesting from a nutritional point of view, while allowing to limit the calorie intake, depending on the variety.

The exotic shorthair being a large cat, it is advisable to give it between 75 and 180 grams of kibble per day. In addition, it is essential to ensure that he can exercise himself physically in order to prevent possible overweight and to help him maintain health. We advise you to turn to your veterinarian to make the best choice of kibble for your exotic shorthair.

The exotic shorthair, in addition to having a rounded physique, offers a very endearing personality. His half-short to half-long hair, very soft, would almost make him pass for a plush. He is an intelligent cat, who can be playful, unlike his cousin the Persian.

He loves hugs and does not hesitate to show his affection towards his master. In addition, he is a particularly sociable cat. It will be the ideal companion for a family as for a person living alone, whether in a house or in an apartment because he knows how to adapt to both.

Getting a cat: Which character traits suits you best?

Why do Cats Love Boxes? Are they Safe?