All About Tortoiseshell Cats 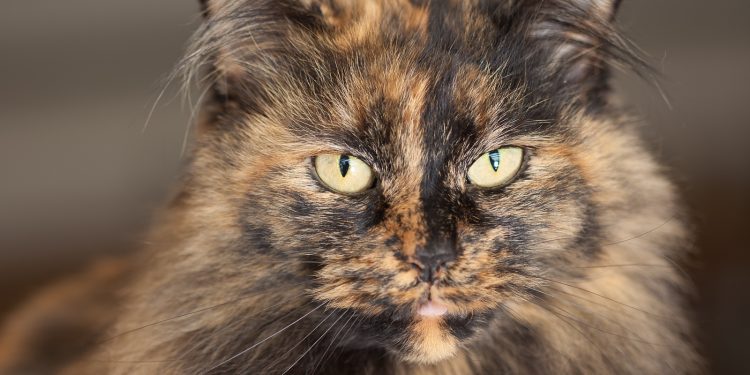 If there is a mysterious and magical animal, it is the cat. The ancient Egyptians related it directly to the lion and, therefore, to the sun god. This acquires a special meaning in the case of tortoiseshell cats, which not only have a unique beauty but also have their own mythological origin.

It is true that many of us tend to attribute special characteristics to our pets, personalities, and modes of behavior that differentiate them from the rest of the animals, however, those of us who have a tricolor cat at home can be absolutely sure that there is no other like it in the whole world. planet. And best of all, it is a verifiable scientific fact.

When searching for information about Tortoiseshell cats, we can see that they do not belong to a particular feline species, they are so-called because they have a unique coat that is independent of the breed. 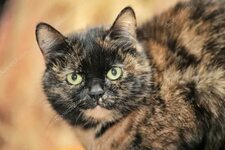 In this sense, these cats present a mixture of three colors, orange, black and white. It is worth mentioning that orange can include tan, red, and cream variations, while black includes its brown, dark blue, and gray derivatives. These shades are distributed in such a special way that tricolor cats are similar to Hawksbill sea turtles, which is why they have this name.

The primacy of females Hawksbill

You may have heard about tortoiseshell cats, feminine. This is due to the fact that the vast majority of the specimens that present the three tones are female since the colors of domestic cats define gender.

In this sense, experts point out that the X sex chromosome has the genetic information for cats to have orange or black fur. Therefore, a Felis catus that has both colors must have 2 X chromosomes, that is, it is a female. On the contrary, being XY, a male can only have one of the 2 colors.

As for the white color, in Tortoiseshell cats it is usually scarce and responds, as in other cats, to the gene with the dominant allele “S”, which means that the cat has white spots. On the other hand, the recessive “s” indicates the total absence of these marks, for this reason, it would not be considered Carey, since these have to have all three colors.

The existence of male cats of three colors seems impossible, but it is not. On some occasions, a genetic alteration occurs in which, for example, a male cat has XXY sexual chromosomes, but this is an exception, hence there are very few tricolor male cats, in addition, they are usually sterile specimens, as is the case with human beings who are born with Klinefelter Syndrome.

Difference Between Calico and Tortoiseshell

The adjectives Calicó and Carey are often used as synonyms to talk about cats of three colors, however, there is a characteristic that differentiates them. Calico has a large part of the fur white, especially on the legs, belly, chest, and the lower part of the snout. 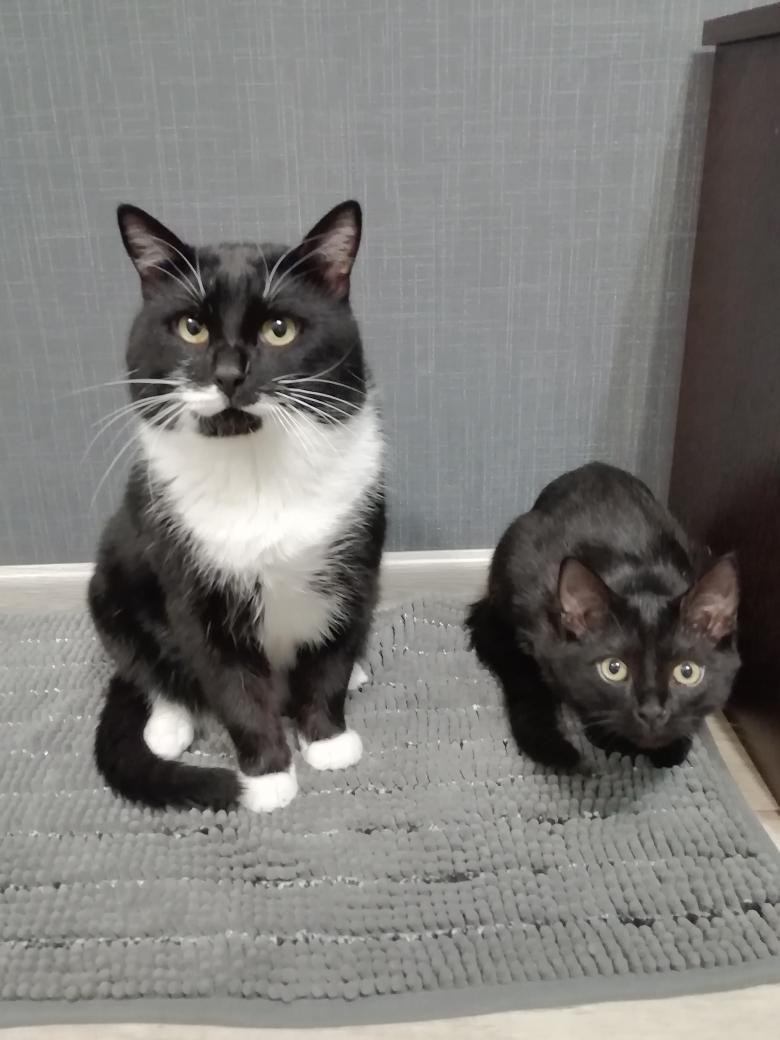 For its part, to be considered Carey, the feline must have very few white spots, as happens with the shell of turtles, which are predominantly dark and reddish

The Hawksbill Cats: The Legend

If you like mythological cats, you are probably very interested in the legend of tortoiseshell cats. Although there are many versions, in essence, it is the same magical story where the origin of the three-colored cats is explained from the point of view of the Sun, the Moon, and the Earth. 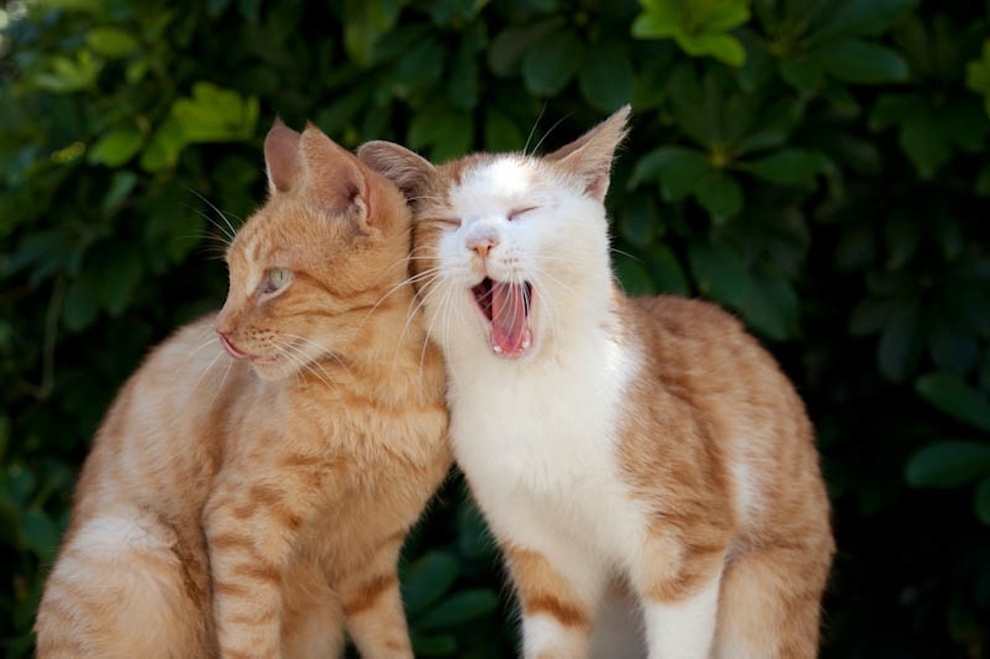 It all happened at a time when everyone was happy on planet Earth, but the Sun was condemned to shine forever, so he felt a little lonely floating far away in the center of the galaxy, which is why one day he asked the Moon a very special favor: it would have to cover the Sun completely, in this way, it could escape and go down to Earth to enjoy its wonders, without humans noticing its absence.

The Moon, who loved the Sun very much, accepted the request and began to cover it little by little, with the aim that the change would not be too abrupt and everyone would realize what was happening.

Thus, when the Moon finished covering it completely, the Sun quickly escaped to Earth, but when it was on its way he thought something very logical, since it was 100 times larger than the Earth, if it went down as it was, it would destroy everything he loved so much. . Therefore, he had to become a smaller, stealthy, discreet and fast being, for this he decided to incorporate himself into the body of a black cat.

So it was that the Sun was finally able to be with us, walking among the trees and meeting all the animals of the forest. He was so happy that he did not realize the passage of time, so the moment came when the Moon was too tired to cover him up and decided to go up to heaven without warning him.

Realizing this, the Sun left the cat’s body so quickly to take its place in the sky that it left a few golden rays on the cat’s fur. From that moment on, the cat’s children were born with tricolor fur, for this reason, it is believed that all types of cats with tricolor fur bring with them the wisdom of the Sun, and even have magical powers to attract good energies.

Not everything is happiness in the story of the Carey cats. The truth is that many times they are the ugly duckling of the litter, as incredible as it may seem, the same reason they are special is also a reason for contempt on the part of some people.

These unique animals are often abandoned, which is why they are common in shelters, which is why we invite you to adopt one of these kittens since white, black, gray and even Calico cats usually have better luck when it comes to finding a home.

Of course, do not forget to compare between the best feed for cats, before buying the food. Also, remember to prepare a nice litter box and put high mattress covers if you want to protect your bed from the little claws of these playful felines

Animals to Add to Your Saltwater Fish Tank 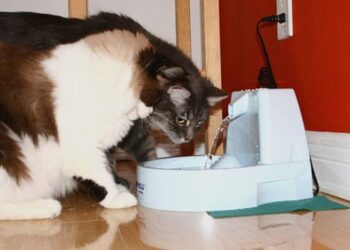 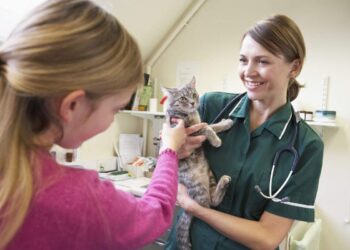 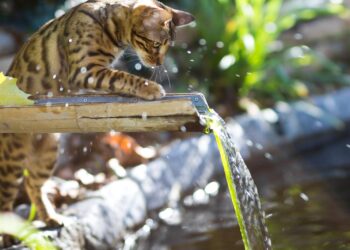 How Do I Protect My Cat From A Heat Wave?

Animals to Add to Your Saltwater Fish Tank

What Do Rabbits Eat? A Quick Guide to the Leporine Diet