After 21 days, a hen fertilized eggs to hatch. The mother hen or brook then immediately starts raising the chicks. About what if the eggs (not) hatch and what the mother hen teaches the chicks. The care by and of the mother hen. About what food for the chicken’s chicks and when. And what kind of cribs you can use. Chicken chicks in your backyard? Quite an experience and a real miracle!

What if the eggs hatch?

Although most chicks hatch after 21 days, a chick can also hatch a day later – so after 22 days. The hen stays on the nest until all the eggs have hatched. So check on the 22nd day whether there is still an egg. That is to say without a hole, through which the chick is – still – trying to come out.

Unfertilized or bad eggs do not hatch. If you shake an unfertilized egg, it will slosh. Remove this egg and the mother hen will – because no more eggs need to be hatched – leave the nest. The hen then pushes the chicks out. You can then remove the broken eggshells.

What do chicks learn from a broody?

Chicken chicks learn by copying the behavior of the mother hen. The hen sits down by the food and water bowls, presents the drinking (neck up), and pecks in the food bowl. She is constantly making clucking noises. If you get close, the mother hen will expand her feathers to protect her chicks. She also pecks and scrapes the ground with her feet and shows what is edible. The chickens are exactly imitating her.

To make it easier for the mother hen, you can first – if possible – temporarily keep her and the chicks separate or in the inside coop and only later let them walk in the outside coop. This also prevents a chick from escaping through a crack or other inconveniences, even if only with other chickens or a rooster. The mother hen really cannot be in – say – seven places at a time.

Care by and from the mother hen

In the evening – to sleep – the mother hen goes back with the chicks to the laying pen, where she has been brooding for the past 3 weeks and does not yet go to sleep on the roost as before. Or she looks for another good place to sleep while sitting with all her chicks under her.

When the chickens are big enough and will start laying, the hen will behave differently. Instead of first looking for food for the chicks and pointing it out by picking it up and dropping it again, she no longer does that but takes care of herself. In this way, the young chickens automatically become independent and independent of the mother hen.

In the meantime, the mother hen will also have resumed sitting on the roost to sleep on. The comb of the chicken is whitish after breeding (instead of red), which will be fine by itself. Provide a separate, somewhat higher tray with laying pellets for the mother chicken. Sprinkle some grit and give one or two handfuls of mixed grain (again) every day. This can also be done in the laying pellet container. An extra, such as a piece of tomato or apple, is also included.

What do chickens eat chicks?

Breeding meal The first week you give a rearing meal, which you put in, for example, a plastic food container. Just like the chickens, the chicks drink water, for example from a plastic fountain drinker. Food and drink bowls for chickens can be bought, for example, at a garden center or a pet specialist.

Breeding meal or breeding crumb, for example from Hedrick feed, consists of all the necessary raw materials for the young chick. Laying meal After a week you can mix the rearing meal with laying meal, a complete laying feed for laying hens, and after about two weeks you can switch to laying meal only. Laying pellets After about five to six weeks, you can also give laying pellets instead of laying meals.

In addition, it is important to use a grit for a firm eggshell. The advantage of laying pellets is that it is more compact and therefore less vulnerable to moisture or loss. Laying meal, however, is said to prevent feather pecking. Maybe a combination is something? Although, for example, an apple or a cabbage stump for pecking would also offer a solution for feather pecking. Just try it out if necessary.
Reading suggestions ; Chicken Names – 400+ Good and Funny Chicken Names
Chick seed This seed, for example from Tijssen Good for animals, is a kind of mixed grain for chicks. For example, give this in the afternoon if you are feeding mixed grain to the hen (and other chickens). It contains linseed, corn, and oat pieces, among other things.
Mixed grain When the chickens are mature, ie lay eggs, mixed grain is good supplemental food.
Tags: chicken
Pin3Tweet7Share12Send
Previous Post

Eating Sand And Other Strange Eating Behaviors In Horses 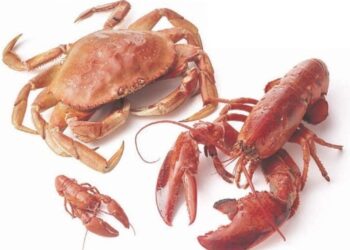 Eating Sand And Other Strange Eating Behaviors In Horses

Do you know everything about Koi fish?