Rabbit Diseases – All You Need To Know 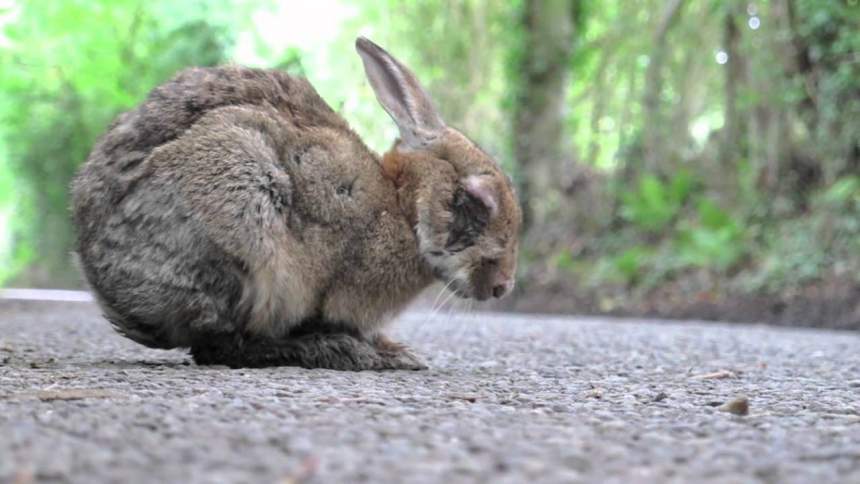 Symptoms of a sick rabbit

If you observe strange behavior in your rabbit or any change in its body, pay special attention to the symptoms to diagnose possible health problems or diseases. Some of the symptoms that can indicate that a rabbit is sick are as follows

Some of the causes for which certain diseases of rabbits appear are poor diet or food in poor condition, and inadequate cage, poorly healed wounds, improper hygiene, stress, or excessive temperatures. Others can be prevented through vaccination.

A serious, contagious, and fatal disease that is prevented by vaccination every 6 months or annually. It has symptoms such as lack of appetite, decay, inflammation in the face and other parts of the body, and there is no treatment to treat it, causing death in less than a month. Prevention is the best and the only way to protect our rabbit.

You May Like: 500+ Bunny Names For Your Pet Rabbit

A very aggressive virus that causes seizures and nosebleeds that end in death in less than 3 days. Some of its symptoms are anorexia, apathy, nervous signs and respiratory problems. It is presented with an adequate vaccination schedule.

Although it is practically eradicated in some areas, outbreaks of this disease still occur. There is no cure and the way to avoid contagion is through annual vaccination.

Inflamed eyes and secretions appear; in an advanced stage, the hair around the eyes remains stuck and with blemishes that prevent it from opening them. Irritation can also occur from other causes such as dust (including that sometimes raised by hay) or tobacco smoke. It is one of the easiest rabbit diseases to cure, using eye drops prescribed by your veterinarian. However, it must be treated as soon as possible so that the animal does not get worse.

Otitis and other ear diseases

It is usually identified by a tilted head and loss of balance. It affects first the middle ear and then the inner ear, causing inflammation, itching and pain. It must be detected in time to treat it with an antibiotic and anti-inflammatory.

It usually occurs due to the environment, the climate, the dust raised by dry food, and accumulated stress. It commonly occurs with sneezing, snoring and nasal discharge. If the disease is not very advanced, you have a good prognosis with antibiotic treatment.

It is similar to pasteurellosis in terms of symptoms (sneezing, snoring, coughing, mucus) but much more dangerous and complicated since it reaches the lungs and makes breathing difficult. Its treatment is also with antibiotics.

Abscesses on the skin

Pus-filled bumps caused by bacteria. It requires daily treatment and cures to clear infection and abscesses.

Wounds on the legs that become infected and cause pododermatitis. The wounds usually appear and become infected when the floor of the cage is not suitable and the environment is humid.

It is one of the diseases of rabbits classified as very serious because it does not present symptoms and can only be detected through laboratory tests. The animal stops eating and, if it is not detected in time, by not feeding they can die in 3-4 days. Tularemia is related to fleas and mites.

Coccidia is microorganisms that attack the rabbit’s stomach when it has low defenses or has a high level of stress. Some of the symptoms are the loss of hair and the continuous and excessive gas and diarrhea; the animal stops eating and drinking and ends up dying. It is one of the rabbit diseases that produce the highest mortality.

Infection in the breasts that causes fever and swelling. It is treated with antibiotics.

It affects the skin and is very contagious due to the high speed at which it reproduces. It causes hair loss and scabs on the skin, especially in the area of ​​the face. If it lives with more animals it is very important to isolate the infected rabbit, in addition to disinfecting our hands when dealing with it.

Parasitic rabbit diseases can be internal or external.

Disease produced by mites of external parasitic origin. It is very contagious among rabbits and causes itching, wounds and scabs. It is easy to prevent and treat with ivermectin.

Very common in rabbits that live with dogs or that go outside. The animal scratches excessively due to itching. We must be careful and prevent this by deworming the rabbit since, although it is not a complicated disease, the parasites can transmit dangerous diseases such as myxomatosis and tularemia. Its origin is external.

It is usually due to an inadequate diet. Sudden changes in diet and not washing fresh food before offering it are the most common causes. The digestive system of rabbits is very sensitive to changes, so we must always do them gradually. The biggest problem with diarrhea is that the rabbit feels down, loses its appetite and becomes dehydrated very quickly.

This infection also produces severe diarrhea that, if not stopped, can cause death from severe dehydration. You should go to the vet to administer an injectable treatment.

Although we do not classify them within the diseases of rabbits as such, the following health problems are very common in the species and we must also pay attention to them:

The upper or lower incisors grow excessively, moving the jaw backwards. Rabbits cannot eat well and, if we do nothing, they can starve to death. Trimming or filing the teeth at the vet on a regular basis will avoid this problem. Also, if you provide them with food or wood they can gnaw on, they will also wear out naturally while the rabbits are having fun.

Rabbits cope better with cold than heat. When they are exposed to temperatures above 30ºC, they have a shortage of water and do not have a cool place to take refuge, it is very easy for them to suffer a heat stroke that even causes death. You must protect your rabbit from excessive heat and make sure that it always has fresh water.

Pay special attention in summer when they pant and lie down stretching all four legs looking for the coolness of the ground. If you detect this, take him to a more ventilated place and wet his head and armpits so that he gradually regains his body temperature.

Colds are one of the most common rabbit illnesses when there is too much humidity or direct drafts. It is very common to happen when they have low defenses and it causes sneezing, watery eyes and nasal secretions.

A deficit of food, vitamins and nutrients is often the cause of hair loss in rabbits, in addition to stress. Check with your vet about the rabbit’s diet and possible supplements.

Also due to an imbalance or deficit in the diet. It is possible that you are giving her an excess of some food or that she is lacking legumes, fibers or vitamins. You should not confuse reddish urine with urine with blood, which would be a serious health problem.

Hairballs in the stomach

This problem may be related to the previous one. Rabbits groom themselves by licking their hair and ingesting it. This can cause a blockage due to the hairballs not being digested. A diet high in fiber and with a lot of hay, in addition to brushing them regularly to remove loose hair, is the solution.

We must be vigilant and check that they do not have wounds to prevent them from becoming infected and becoming dangerous to health.

Eyelids turned inward Known as an invagination of the eyelids or entropion, it produces irritation and suppuration in the tear duct. If left untreated, it can become infected and cause blindness.

Obesity is one of the most common diseases of rabbits due to the amount of food they eat and the lack of daily exercise. Provide your rabbit with a suitable and quality diet and let him leave his cage for a while each day so that he can play, run and jump, promoting a healthy activity.

Loneliness, lack of activity and lack of contact with your human or with other animals can cause discomfort and stress in the animal. Other causes can be changes of home, environment and lack of space in the cage. Try to dedicate time and entertainment to avoid it, as well as a cage appropriate to its size where it can move freely.

The best way to avoid this health problem is sterilization. Cancer is one of the rabbit diseases most likely to appear, especially in the case of females. Non-operated rabbits have an 85% chance of developing cancer of the uterus and ovaries, increasing the risk to 96% after 5 years. In addition to avoiding this dangerous disease, you will improve their quality of life, avoid pregnancy and reduce destructive behaviors or markings.

Take care of your rabbit and observe its behavior and symptoms every day to diagnose any disease as soon as possible and to act in time.

Alfalfa For Horses: Should It Be Used?

How to train a golden retriever? 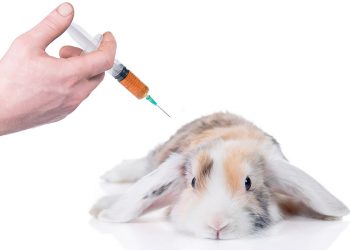 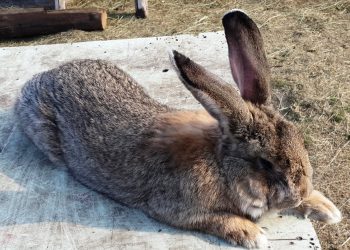 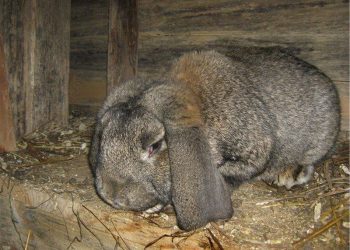 How to train a golden retriever?

CBD for Dogs and Cats - Is it Safe, and Should You Use It